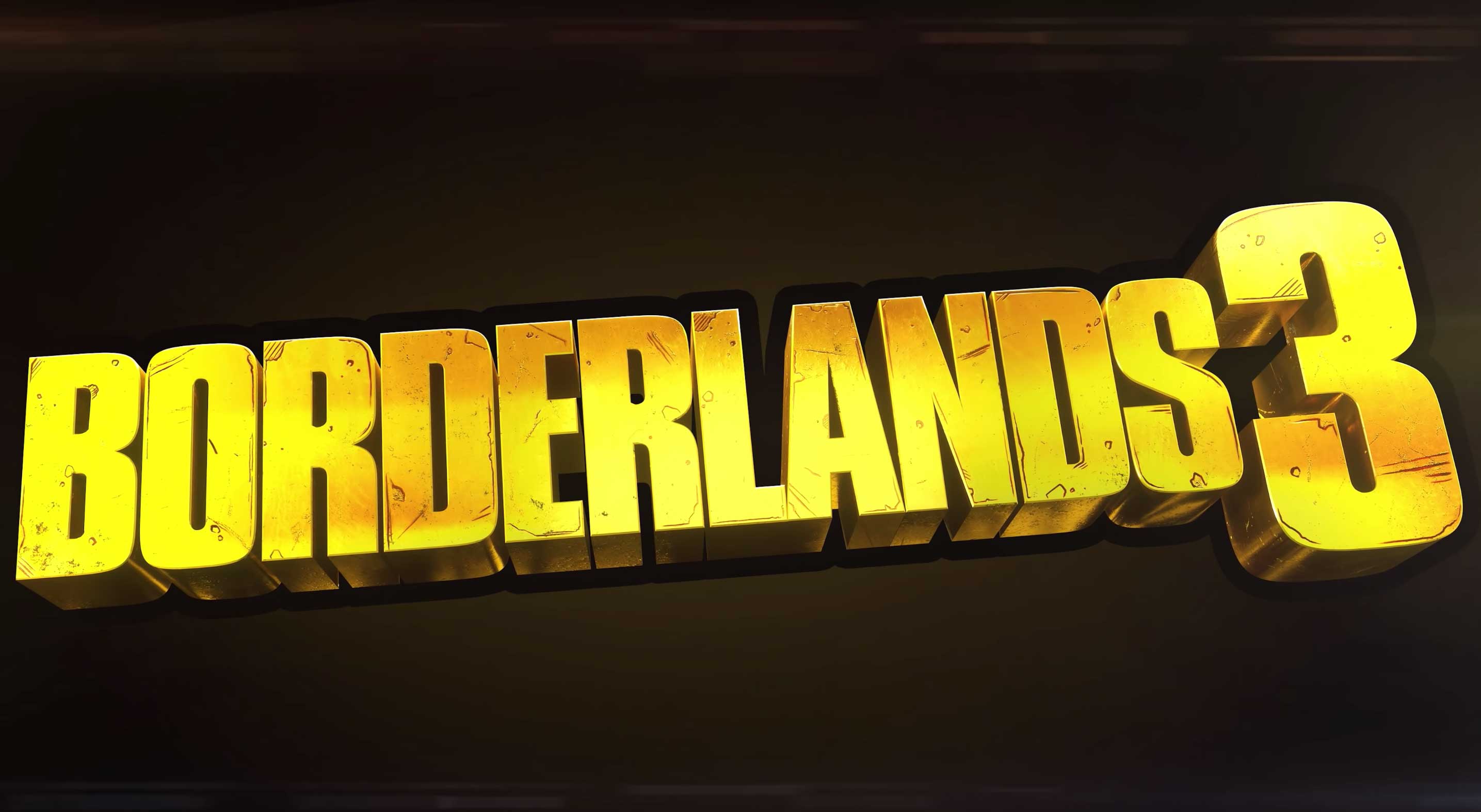 Just STAHP. If you’ve seen Gearbox’s trailer for Borderlands 3 and got excited I am here to stop you. Well…the brighter portion of you at least. If you’re the type of person that thinks playing mindless games, as long as long as it is with friends *it’s fun*, then strap your helmet back on and be on your merry little way. There seems to be a plethora of mindless multiplayer games lately.

The Borderlands 3 trailer might have had a catchy tune playing along to new scenes (yaay) of a world of Borderlands we have yet to discover, but let’s point out the obvious here folks, it’s going to suck. That is not my opinion… at this moment it is a mathematical pattern. Life is about patterns and so far Borderlands 3’s trailer and announcement has displayed a predictable one.

Don’t get carried away with reddit’s fan theory that October 1t is going to be the release date. It’s early but at this moment the official word from Gearbox is that they will make an announcement on April 3. If Borderlands 3 was ‘coming out quickly’ they would have dropped the date with the trailer. This tactic of dropping a trailer without a release date was done intentionally to gather data and analyze public interest through the trailer’s analytics. It also “coincidentally” triggered a Steam sale of 75% off Gearbox games. There is also a Humble Bundle sale going on as well. And a GreenmanGaming sale. This wouldn’t be abnormal if it was a small startup attempting to push out their first game. But this is fucking Gearbox software. It is disappointing for Gearbox to be following such dinosaur business practices. This pattern is reminiscent of “early release” games on steam which I shouldn’t have to remind you (cough NO MANS SKY), more often then not….don’t do so well

CEO of Gearbox Randy Pitchford said way back in 2016 “obviously there’s going to be another Borderlands“, so this shouldn’t be a new project for Gearbox’s developers. It’s something that should have been in development for quite some time. But Borderlands 3 isn’t close to being finished, hence no immediate release date announcement.

UPDATE: AmIright or am I right? The announcement date came and it is not the reddit fan theory date, nor is it anytime soon as I stated a few days ago. I still doubt it will release on the exact date announced. The pricing was announced as well and as I stated earlier, follows a lame “suits are in charge” pattern: Borderlands 3 will be exclusively available in the Epic game store until 2020. What a dumbass idea that is. Most players worldwide are gathered in Steam, so delaying it from the Steam store until 2020 will prove to be retarded. (UPDATE: It was.) Another note, nobody wants to download and install more bloatware/spyware (yes I am calling the Epic Games Store spyware, it gathers users data and sends it to Epic Games) just to play a game. I’m 15 years into a bad relationship with Steam already, she has 10,353 of my kids (games) already, at this point, I’m fully committed.

Back to that pricing… it’s the same shitshow I hypothesized:

Borderlands 3 Standard Edition ($59.99)
Includes the base game. Nothing else. Not even the full storyline which (most likely) (UPDATE: It does.) plays across all 4 remaining DLC’s.

Basically at $100 you actually get the full game with the entire storyline.

This is also the same Gearbox that prostituted out Borderlands 2 in craptastic costly DLC expansions. I still remember feeling underwhelmed when my friends and I quickly wrapped up Borderlands 2 within a few days after its release. Why was it so short? Why was the storyline not completed? Because DLC’s. Borderlands 2 still sells for $20 on steam without any DLCs. Add all of them together and you rack up an absurd $220. This is content that should have been included in the original game, for $60. When DLCs first hit the scene, developers typically released DLC’s for games (for free) to encourage people who had yet to buy the game to make the purchase.

This is why all DLCs in all games in all genres are much shorter than the main game itself. Sure, you could argue that this business model isn’t sustainable, you know… to develop software and release it for free, but then I’d remind you of Apex, RoE, Fortnite, Angry Birds, Call of Duty Warzone and about a bigillion other free successful games.

If you viewed their own news section on the Gearbox website, you’d see that they haven’t been up to much.

Ported Borderlands 2 to VR. *Yawn*. Worked on publishing the terrible game “We Happy Few”. This is funny. After raking in over 26 million sales of Borderlands 2 (not including DLC sales) you’d think that they’d immediately begin solidifying the next game in the series. To me it looks like old men squeezing every drop from Borderlands 2. I’m making a hypothesis that the soon-to-be release date for Borderlands 3 will inevitably not be met. The release date will eventually be pushed back and you’ll just take it, because what else can you do? (UPDATED: I ended up being correct, the game was delayed, now google SERPs return links pertaining to DLCs being delayed).

It’s in the trailer…

The Borderlands 3 trailer has been dissected by the internet quite a bit already. It is just a simple trailer, but it reveals enough to ascertain certain facts. Borderlands 3 is built in UE4 (Unreal Engine 4) so it should run great right from release, even on older GPUs. If it doesn’t, again…finger points to Gearbox. It is still using cell shaded artistry. Ok, fine. Procedural generation to achieve the “billion guns”. Not acceptable. I am not sure why this entertains some of you.

Procedural generation should ring the equivalent sound of “hey let’s go eat at the penny buffet“. Except it’s not a penny, it is whatever the game costs. And buffets suck. Know how many Food Network shows there are about Buffetts? Zero. Know how many chefs are successful because of their buffets? None. Procedural generation is like creating something from a “buffet” of options. The object in question (in this case the guns in BL3) being generated can only be randomized from a set of finite options. Just like you can assemble any salad at a buffet within the given options of ingredients at the salad bar. Unfortunately in all examples from gaming history, the more options = the dumber the A.I. =the duller the content and shallower the story. This ends up translating into repetitive gameplay and really un-entertaining storylines. Again, just like a buffet, you most likely have a lot of options, but overall, everything pretty much sucks. In Borderlands 3 we can see they added “legs” to the buffet of options that a gun can contain. Funny buffet option.

So far Pitchford has mentioned that he is against monetization of loot boxes. I have a hypothesis that there will definitely be some lame system to get extra cash from consumers. A simple “CEO tweet of an apology”, maybe 500 in game caps, and you’ll accept it. *(Update: Even better…Cosmetic transactions…)

Someone else rang the same sentiment as quickly as I did. You can clearly see from the Borderlands 3 trailer that nothing is really new. Sure there are new maps and some new enemy characters. But overall the gameplay, graphics, a.i. intelligence, even the mad-maxish vehicles, and most likely the mission style (pick up quest, run here, shoot this, run back) and corny jokes are all the same. This is yet again appearing like another “DLC” expansion to Borderlands 2.

If there is a free weekend early on (which indicates poor launch sales) then sure…I will try it with an open mind. I may receive a copy for free :shrugs: . I want Borderlands 3 to succeed. Gamers are so bored right now, it just might flood the internet for 3 weeks keeping gamers and streamers mildly entertained. But let us not forget Anthem. It has a terrible rating consistently amongst the top gaming review websites. Aside from Anthem being third person, the 4 player co-op, the gameplay mechanics, mission formats, even down to a procedurally generated color coded loot system, are identical to Borderlands. So if flying around in mech suits with better graphics and all the same features didn’t please consumers, I’m not sure why adding futuristic redneck jokes and a claptrap will.

I have nothing personal against Gearbox software, I just think they really mishandled Borderlands 2 and it appears they are following a noticeable pattern. From a corporate suit monetization perspective though… they did very well.

(UPDATE: I never ended up playing BD3 and as of 5/5/2021. The game ended up being more of the same old bullshit story, now with much more political correctness, and with a handful of new content. I still do not believe the game is worth more than $15.)

Amazon Associate Linking: How to pick the right items to promote 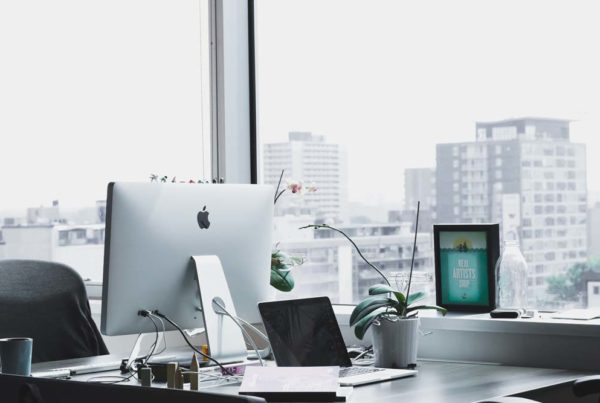 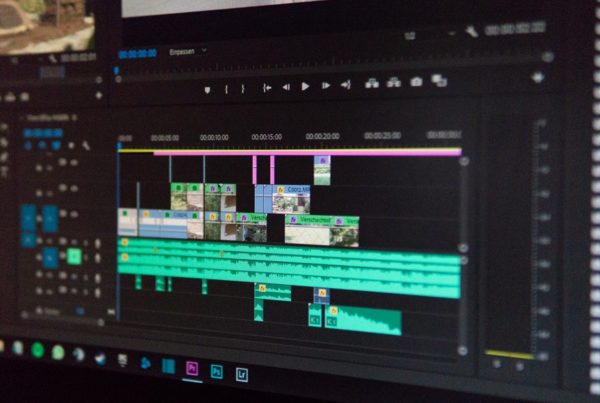